The Surfing Fitness Program has changed over the years Pre heat warm up of the one and only Kelly Slater.

Being healthy and fit has never been so “in” before. Especially when it comes to the professional surfing.

It wasn’t long ago, that pro surfers traveling the world on someone else’s dime to exotic locations, would party harder than anyone else and often show up hung over and barely on time for their heats. They were living the high life, partying like rock stars and being flown all over the world to not only surf amazing locations, but getting the chance to do it with only a few others out in the line up.

After gradually changing over the years, the pro tour couldn’t be any different. These surfers are going to bed early, waking up early, eating healthy, barely drinking, no drugs…they have become “real athletes”. Many of them even being sponsored or having some ownership in the health food market as opposed to being sponsored by Bud Light…

Even after big wins, they may celebrate with a few beers, but they are likely still in bed by 10pm and up at the crack of dawn the next morning. DHD’s own Mick Fanning’s game has change with his fitness regime. His alter ego “Eugene” hardly makes appearances any more.

This big change was’t even really that long ago…does anyone remember Eugene??? the alter ego of DHD Surfboards own Mick Fanning? Or how about classic tales of the plan for Occy, Nathan Hedge and Luke Egan to get up super early and get out to Cloudbreak for first light to get a birthday surf in for Nathan before the contest resumes…Under the suggestion from a few beers, Hedge decides to paddle to the Couldbreak judging tower in a kayak, towing his board behind him, with the plan of staying up the rest of the night, partying until light and being the first to nab some waves. Hedge made it and managed to be the first out, but not until after a 10km and hours long paddle and damaged stolen rental kayak.

The general idea of getting up early to beat the scene is no different, it the the execution of the idea that differs today compared to in the hard partying days of past.

These same pro’s today are the epitome of health and fitness. Eating ultra healthy, workout routines that would scare most athletes in any sport, barely drinking (come on, you gotta celebrate), up early and in bed early.

And they should be. It is no coincidence that this is happening. With Live webcasts of the events around the world, the infrastructure set in place today compared to years ago, and the worldwide popularity growing yearly, the top level professional surfers make a really good living and I am sure want to continue to do so. How do you get closer to ensuring that? Remain at the top of your game at all times.

Surf Fitness has even turned into an industry of it’s own. There are dedicated fitness instructors, sports therapists, and even fitness centers focused solely on the act of surfing. The Hurley Surfing Australia High Performance Center in NSW Australia is one of the main notable facilitates. Offering everything from surf coaching, personal trainers, fitness and nutrition programs aiming to make you surf at the top of your game. They cater to regular bro’s. groms, and top level athletes alike. 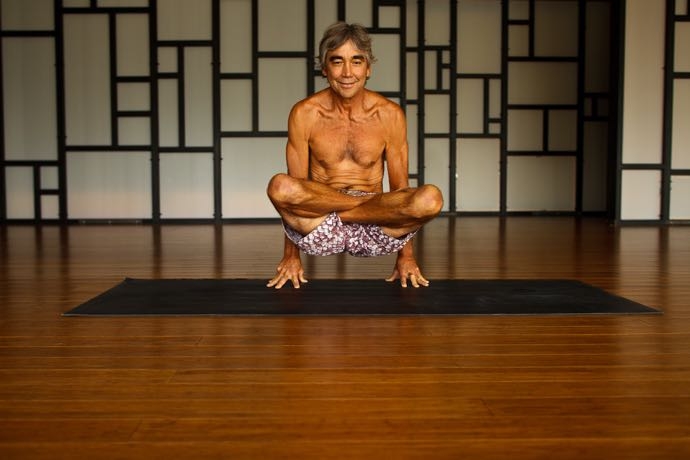 Legendary Gerry Lopez takes care of his mind body and soul and can still surf better than 90% of us.

A far dry from the days of old when the majority of your coaching was done by your shapers…unless you shaped your own boards. Hell, early days of competitive surfing, it wasn’t out of the norm for the competitors to be surfing under the influence of a number of drugs…anything from simple Marajuana and Booze to harder chemicals and even LSD. But again, relate that to the exposure surfing had, the prize money involved or just the general living someone could make as a “professional surfer” back in the day. Most of the time the contest winning just barely covered the cost of getting to the competition in the first place and a good majority of clothing and accessory brands only offered free gear, not an added paycheck.

It is much more serious business nowadays for everyone involved…pro surfers can make over a million dollars a year, and the industry behind them is even bigger. Surfing is even being considered for the olympics…I bet no one saw that coming in the early days of the industry or contest scene. Dave Rastovich is another yoga enthustast who pay close attention to what he puts into his body, this allows him to bury serious rail.


This goes beyond just the contest side of the industry though. Many free surfers live much healthier lives today although maybe not as intense in some areas. Eating healthy benefits everyone, I don’t care who you are…and the older you get the more you become aware of this as your body starts shutting down from all the junk you feed it. Some free surfers may not hold the same exercise regime as their counterpart contest surfers, but they are also not really dealing with the same pressures. They do however still have to remain on top of their own game at all times though to keep their recognition with he public that allows them to make a living doing what they love.

Pyzel Surfboards John John Florence is no doubt a freak of nature when it comes to surfing waves. I imagine he is a relatively healthy individual, but he is also young enough still to bounce back from injuries and no doubt has the metabolism in place to eat whatever he wants without the body taking a serious toll. As time goes on though, he will (just like everyone who ages) need to take nutrition and fitness more seriously to stay at the top of his game. Don’t get me wrong here, I do not know what his eating and fitness habits are like, maybe he is sitting down with a nice glass of kanmbucha right now…I am just saying that the younger you are, the more forgiving your body is. Pyzel’s John John Florence has the young mans workout dialed in. Who said your workout can’t be fun!

The times have changed. Whether we like it or not, surfing is main stream and will continue to grow. In our opinion, it is great the surfers today have the need to live healthy lives in order to wow us everyday with the surfing that is happening around the world. It is also promoting healthy lives for you and I and our future generations. Leading by example and therefore the stigma of the surfy bum is no longer.

Surfers are seen as healthy individuals with high social responsibilities, leading constructive lives. Not the burnt out unmotivated wastes we were once though of.

Make sure you check out the Board Engine to find a range of boards all made by professional shapers at the top of their crafts. Email service@boardcave.com with your details for a detailed report of board recommendations for you.