The Surfing Drop In

When Is It Ok To Drop In? 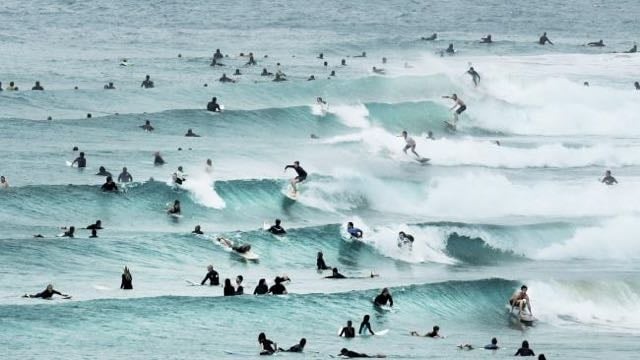 If you have been surfing for a while, it has happened to you and you have been guilty of it your self. For those of you who are just getting into surfing, you can be sure that it will happen to you as well, and you will no doubt do it to others without even noticing it at first.

Apart for not being able to get any waves on your brand new custom surfboard on a crowded day, being dropped in on is probably the cause of 90% of the arguments, disagreements, fights, or simply bad attitudes out in the line up today.

So, since we have all had it happen to us, and we have all done it ourselves, the questions is…when is it ok to drop in on someone? 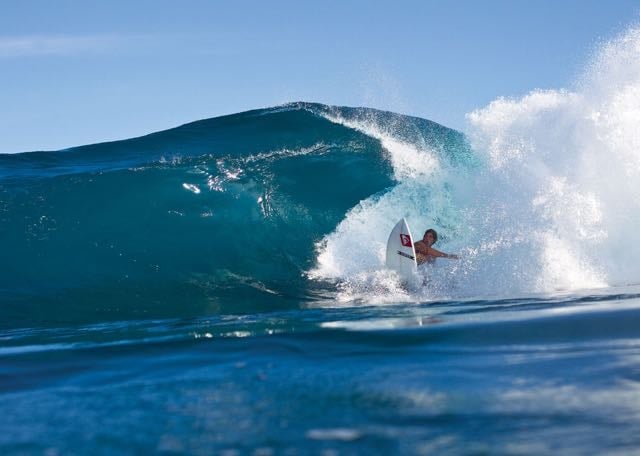 SUPERbrand’s Clay Marzo knows how to get his own waves…either wait your turn or go surf an empty wave and play around all by yourself.

Unfortunately, this is impossible to regulate for a number of reasons. Unless you are at a very structured break, the “peak” of the line up can vary…some surfers will sit higher up the point, or deeper than another surfer, this can be due to the skill level or type of board they are surfing. Some people just have a spot they like to sit best, regardless of when some waves peak at a different section.

Some surf spots are still very highly regulated by the locals…take the Pipeline n Oahu’s North Shore for example…You can be the best surfer in the world (Kelly Slater) and still not get the pick of waves you want due to the hierarchy in that particular line up.

Whatever you do, if you are visiting a new area, you have to respect the locals and do not just take any wave you want no matter how good you are. In a past article, Surfing Etiquette we go over the fundamentals of how surf Etiquette is supposed to be in the line up. But, as stated in that article, there is no written handbook to this, just practices that have been put in place over the years that span all continents.

One instance that recently got some attention was about pro surfer Mick Fanning dropping in on another local on his Ducks Nuts DNA on one of the most crowded breaks in the world…Snapper Rocks. 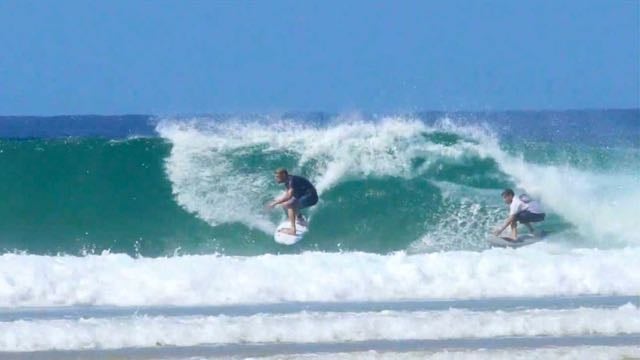 The aforementioned drop in by DHD Surfboards team rider and Snapper Rocker local Mick Fanning. If he wasn’t in the spotlight this wouldn’t have been an issue at a place where dropping in is more common than not.

Leading up to the start of the WSL 2016 campaign which fires off at Snapper Rocks, there was a great swell that attracted regular joe’s like you and I as well as the most elite surfers in the world who came early to take advantage of the pumping surf to train for the upcoming event.

Now, you have to keep in mind that this was a case between two locals, one just happens to be one of the best surfers in the world and a contestant in the up coming event. Does that give him the right to drop in on this other fellow? No, absolutely not. Did Mick do it on purpose? Only Mick can answer that. Does that mean that Mick always drops in on anyone he likes? Probably not, but it is Snapper Rocks…when was the last time you watched footage of that wave where someone wasn’t getting dropped in on (apart from contests)?

I am sure that other local has dropped in on numerous people too, probably in that same session, including pro surfers like Mick Fanning as well. But why was Mick put under fire in the local media and not the thousands of others who dropped in on someone that same session…simply because he is a known figure?

Yes, professional surfers who are in the lime light should be aware of their actions as everything will be seen and recorded by the public eye, but at a place as busy as Snapper on a day like that (or any other day for that matter), if he were to simply sit there and wait for his own wave, chances are he wouldn’t have surfed at all that session. I guarantee you that all the other pro’s and bro’s out in the line up that day dropped in on someone at least once…even the beginners whether they were aware of it or not.

So that brings us back to the question, when is it ok to drop in?

Well, the answer is never, but mistakes do happen. I guess you could qualify dropping in to two categories…unintentional drop in’s and deliberate drop in’s. Unintentional drop ins can come from novice surfers simply not being aware of their surroundings. We made mention of such a thing in the Etiquette article, how beginners are in a new environment and can often get tunnel vision. They didn’t mean to drop in, they just didn’t know any better or were not even aware of their actions. 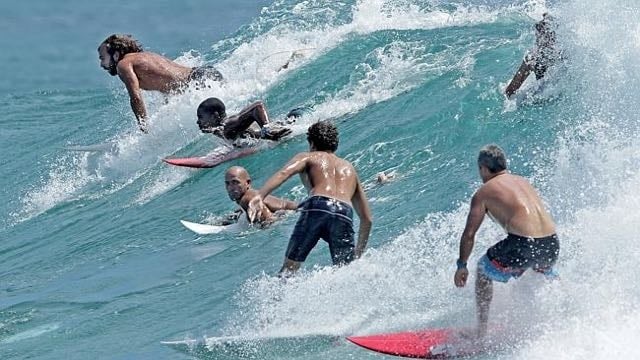 Kelly Slater eyeing down the line incase the two other fellows in position bail…then he still has to deal with the rest of the crew on the shoulder.

Or, on the other hand, an experienced surfer can still unintentionally drop in as well. On a crowded day, most experienced surfers will at least start paddling for a wave who already has at least one person already in the “right of way” or closest to the peak also paddling for the wave. They will do this for the chance that the person who is deeper may pull back or botch the wave, giving the green light for the surfer on the shoulder to go if he/she is ready. Sometimes if that surfers is spinning around last minute, he may get caught in the energy of the wave and the safest course of action is to drop in, but then pull right out the back if possible. It is a much better solution than trying to bail out and having your board shoot out at the surfer who was dropped in on.

Then there is the deliberate drop in. Simply put, the surfer dropping in, knows they are dropping in and they go ahead and do it anyways. This may be out of spite (maybe that other surfer dropped in on them earlier) or maybe that surfer just feels that they are entitled to whatever wave they want. Or maybe is is simply that that surfer had been a nice guy almost the whole session but the place was so crowded that he/she would never get a wave unless they were to drop in on someone. 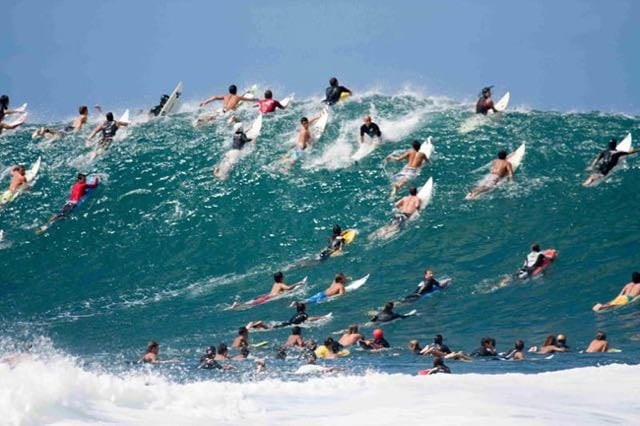 When you surf with crowds like this, the outcome of your surf is going to be directly related to how you handle situations like being dropped in on.

Deliberate drop in’s are definitely frowned upon, but if you are honest with yourself, we have all done it and will all more than likely do it again at some point. How you handle yourself after the fact can make a difference though…you can just ignore the fact that you did it, or paddle up and apologize. Or if you got dropped in on, same rules, you can ignore it or hold a grudge about it.

I guarantee you one way or another of looking at the matter can make your session more enjoyable or it can totally ruin the whole day for you.

Drop In’s are no fun, but they do happen, so make the most out of your session and try to do the right thing from both angles of the situation.

Make sure you check out the Board Engine to find a range of boards all made by professional shapers at the top of their crafts. Email [email protected] with your details for a detailed report of board recommendations for you.