There's no amount of discussion that needs to be said before delving into this 30-minute mind-bender. So let's just jump in and showcase some of our favorite parts. 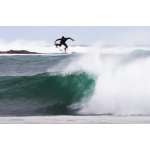 Jack Robinson throwing alley-oops up straight vertical sections. When will this wiz kid assume his rightful position on tour? we don't know, but competition surfing hasn't seen the best of him yet. 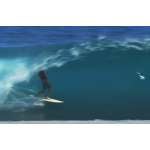 Surfings father of alternative lines Ozzie Wright pretty much invented the Volcom brands ethos. Here we see him as stylish as ever stalling and weaving through tubes on his Joel Fitzgerald Tomahawk Twin Fin 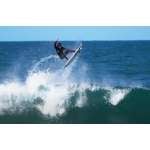 Yago is another surfer we haven't seen the best of on tour yet. This section solidifies Yago as the king of transitional airs.

Volcom state that they are steering clear of what they call a "visual assault" which can be otherwise described as an over abundance of shameless marketing in surf films. Refreshing to know that I wasn't brainwashed into adding 2 pairs of Volcom boardies to my cart just now...